The name of this project is named after the protagonist of the Odyssey, one of the first stories of the European culture. The story is set after the end of the Trojan War, which Ulysses (Odysseus) helped winning by a trick of his imagination: the Trojan Horse. But that war ended in slaughter and under the wrath of the gods, Ulysses had to take another ten years to reach home.

That is the general analogy with the crisis in the countries of the eurozone periphery. These countries have had ten years of euro ending with a terrible economic and social crisis. The recovery should start now. But what if, as in the Odyssey this recovery takes ten years? Like in the adventures narrated by the poet Homer, where Ulysses in his travels had to use his skills of imagination, creativity, innovation, capacity for dialogue and leadership, so will these countries need to use every ounce of their willpower and apply to their development model the virtues of ingenuity, imagination and creativity.

But there is an even more striking similarity between the Odyssey and the eurocrisis in the periphery:

during their travels, Ulysses and his companions landed on the island of the sorceress Circe. The witch wished to trap them all in her island for eternity, so she transformed them into pigs. Ulysses was the only one to remain in his human body. From there, Ulysses proceeded to reclaim his companions, turning the pigs back into humans.

In the good days of the euro, the countries of the periphery were lauded for their economic growth and potential, but when the crisis struck they were suddenly transformed into PIIGS. Now a Ulysses is needed to turn them back into their proper status as countries worth respect and equal treatment. 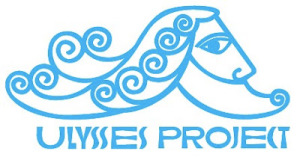